White Mirror is a series that considers the positive human impact that can be achieved with the help of machines. In this first episode, you follow the life of open source cult leader Richard D. Bartlett. How his experiences and upbringing led to the creation of Loomio and paved the way for his vision of a future that in some ways looks more like our Paleolithic past.

Part One: Beyond group-think

Imagine you’re part of a group, small enough to fit around a dinner table and vulnerable enough to share your deepest, darkest secrets.

One day soon, you’ll even be sharing your money.

It was a table like this that Richard D. Bartlett and a few members of the Enspiral network conceived Loomio – a piece of technology with a headlining mission to help people make more inclusive decisions.

Imagine decisions without meetings, around everyone’s busy schedules and at scale. Loomio is a place where everyone can have their voices (or gestures) heard, even if they are the quietest person in the room.

Based on ‘participatory democracy’, the platform is relatively simple.

You login and create a ‘proposal’ (for example – “Let’s fund the Robotics Roadshow to reach more children in school…”). Then people in your group can vote for one of the responses – yes, no, abstain – and leave a comment. This helps the group to make a decision together, to turn discussion into action.

But arguably even more important than enabling participatory decision making, is Loomio’s ability to facilitate shared understanding within large groups.

Unlike surveys or traditional voting methods, Loomio encourages people to create and build interpersonal connections. This in turn helps groups that are more empathetic to diverse backgrounds, beliefs and opinions to reach a decision more effectively.

It’s been used by everything from play-centres to political parties, with some customers including the New Zealand Teachers’ Union, a Canadian human resources enterprise, and even the French Zero Waste movement.

Plus, Loomio is owned by its workers.

Far from the member-owned companies you might know, platform co-ops function like a hybrid between a technology company and an organic grocery store.

It’s an exciting new frontier of scalable companies that enable shared power and resources. And New Zealand is leading the charge.

Part Two: Occupying a seat at the table 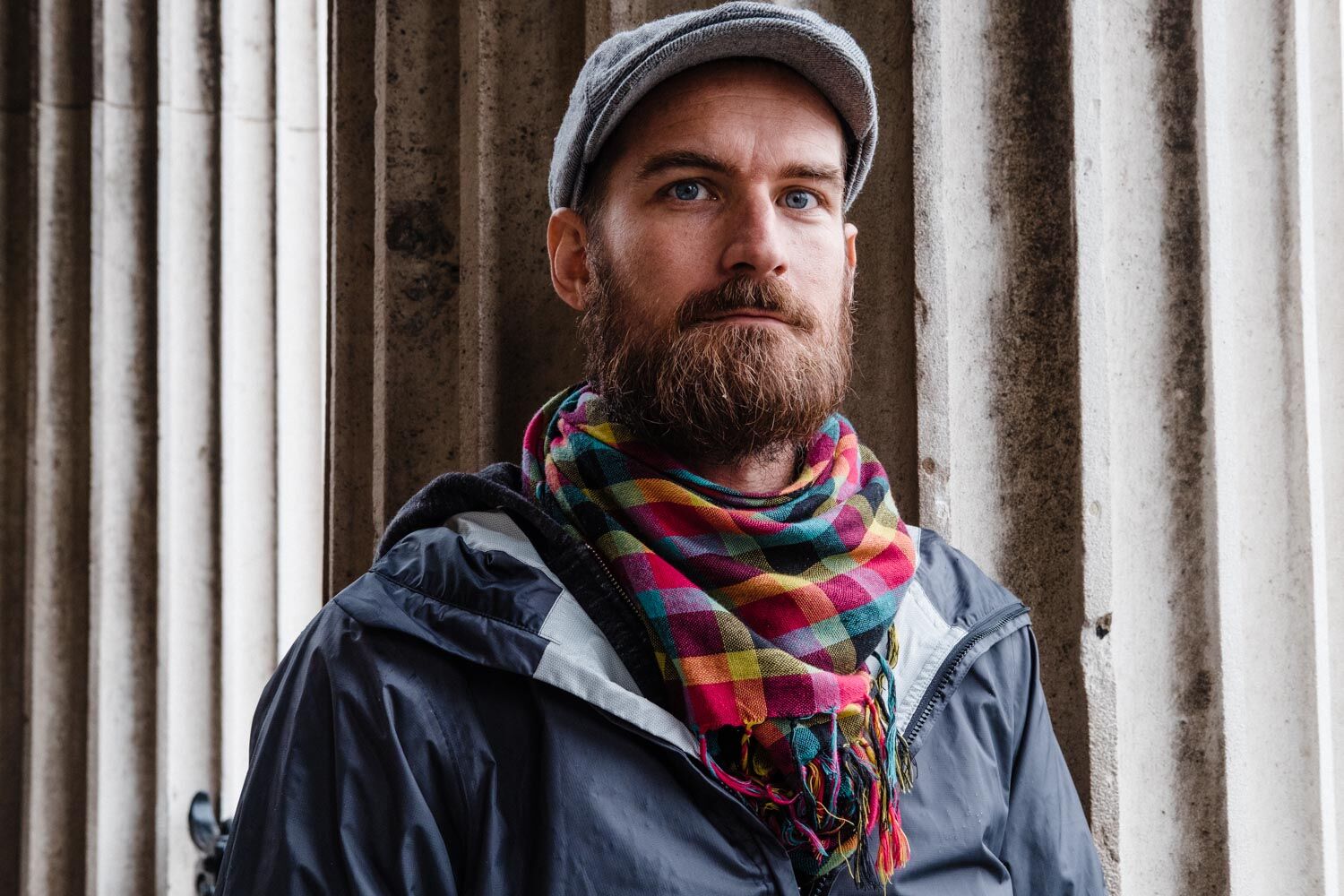 Richard was raised in a fundamentalist Christian Church.

His early experience in organised groups and prescriptive worldviews unearthed something in him. A desire to mobilise people around a shared purpose in order to do more meaningful work.

From his congregation to the Wellington punk scene, then a ‘Concerned Citizens Collective’ to Enspiral – described by a member as a non-geographical nation, of which he’s proud to be a citizen – Richard has had many such ‘tribes’.

So how does one go from punk rock dropkick to self-proclaimed ‘open source cult leader’?

It’s 2011 in Wellington, and around the world people are striking as part of the global Occupy Movement. They’re pushing for more equality between the richest 1% and the rest of us.

The response from the community was unimaginable. Restaurants and cafes supplied food. A wind turbine was dropped off within 24 hours of someone asking for a renewable energy source. An office and a photocopier was donated so protesters could make a newspaper. There was an open air university. Musicians provided entertainment.

But the most profound thing about Occupy Wellington was its General Assembly. 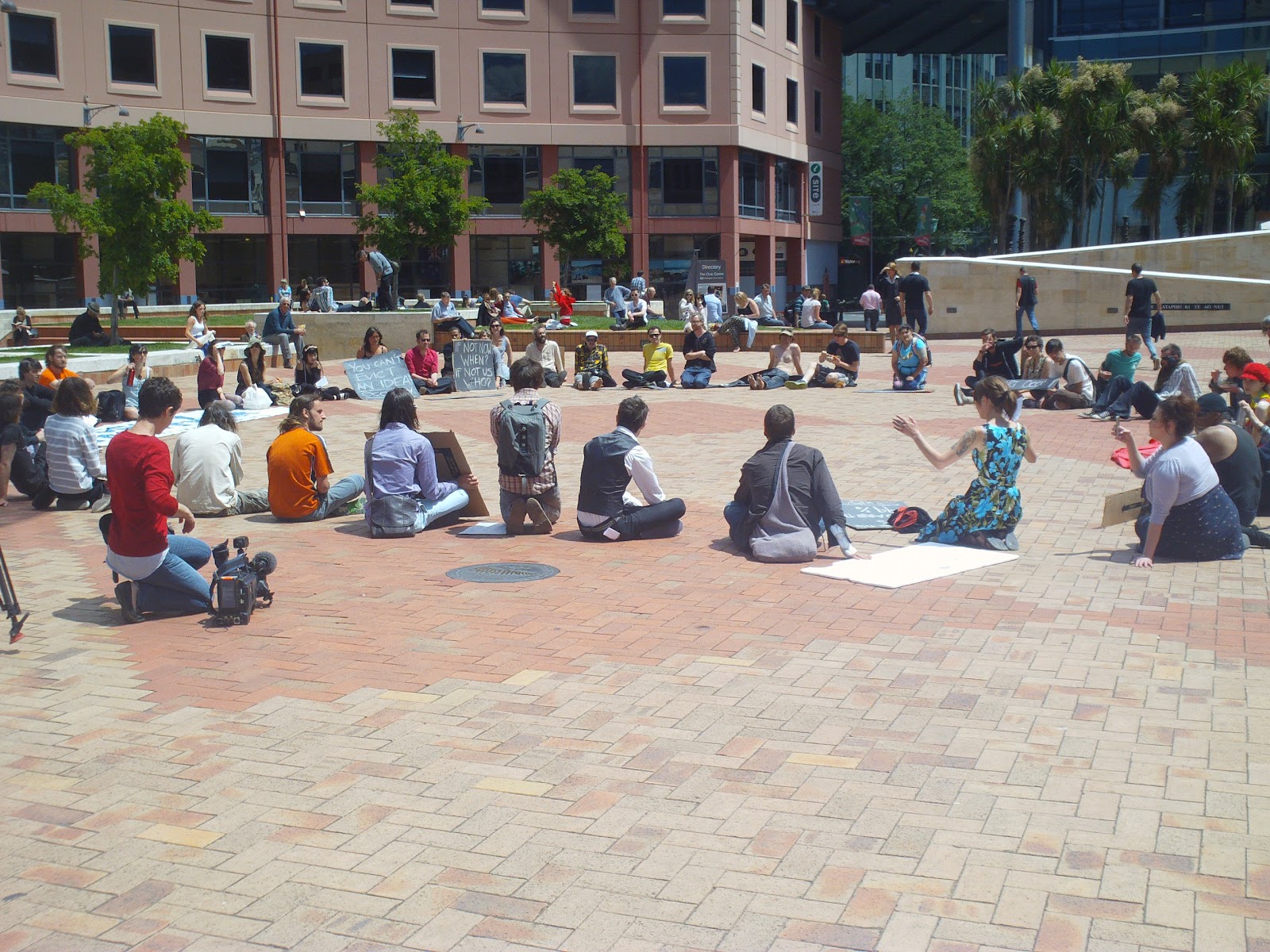 A daily meeting that anyone could participate in, the General Assembly decided how the tent city operated. Using hand signals, everyone who participated was heard, and their input was regarded with equal weight.

This realisation that there was a decision-making system that could improve itself was the backbone of Loomio’s design.

That moment, seated in the centre of Civic Square, Richard was hit with an epiphany – how can we harness the power of self-motivated and self-organising groups in other parts of society?

Part Three: Don’t judge a book by its cover

Richard is quick to dismiss atheist tropes of Christianity. In fact, it’s because of his inflexible upbringing that he rejects ‘if you believe this, you can’t believe that’ singular worldviews.

So it’s unsurprising that this level of philosophical thinking is baked into Loomio itself. Everything about the way it runs, to the design of the product is different from any other software company you’ve ever seen.

As co-founder and Product Lead Rob says, “Loomio is actually really boring technology. It’s not blockchain or anything like that. The only thing we’re interested in is finding the simplest way to solve what we think is the largest problem – making collective progress.”

Mobilising large groups of humans. For consistent and long-term action. That’s one of the key challenges Loomio is working through in collaboration with Extinction Rebellion (XR) as we speak.

Richard at an Extinction Rebellion Protest in London, October 2019

When groups become larger than one hundred people, we lose the quality of interpersonal connections.

Much like our cave days, tribes became too large to have deep relationships, then empathy declined and differences led to battles for control over resources. It happens across our evolution, from communities to governments to companies.

To counter this, Loomio and XR are developing a ‘fractal’ approach in the software. First, the large group is broken down into smaller, more local groups. Then, the common threads of agreement and disagreement from each small group are distilled and compiled together into a global-level summary to show trends and comparisons. In theory, the outcome will be completely different from sending out a survey to isolated individuals in an uncontrolled environment – with a survey, you run the risk of people completing it in a rush or in a particularly bad mood.

Part Four: Belonging. We all want it. But can it scale?

Heaven and hell, or the potential of an imminent utopia and equally imminent apocalypse, is real for Richard in a way that most people aren’t really thinking about.

Not because he’s read the climate science, but because his earliest beliefs said that we’re all personally responsible for our eventual fate.

Long after his formal excommunication process, in which a series of members met with him in an attempt to bring him back to the Lord, he recounts the important things his community provided for him.

One of his earliest memories was the day a severe storm tore through his family farm. The whole Church showed up with ropes to hold the roof on while the gail force winds came through. When someone within the congregation had a baby. They were provided with enough meals for a month.

These are very simple, practical gestures, but they meant a huge amount. There were two hundred people that cared about him like an extended nuclear family. Something not many of us experience outside of religion or spirituality.

Richard had an early taste of human connection, and he’s spent his life searching for the holy grail of it – how to unleash our collective human potential.

Part Five: To play well with others

But Richard doesn’t want to ‘feel’ engaged he wants to ‘be’ engaged. It’s the difference between feeling dinner or having dinner – it’s only with the meat and potatoes that you satisfy your hunger.

Building Loomio was just an excuse for Richard to be in deep relationships with a few people and learn how to have shared power, shared decision making and shared resources. “I want to learn how to play well with others,” he says.

While Richard’s early goal was to take what he learnt during General Assembly and apply that to humans organising in other types of groups, he’s now learnt that it’s so much more than the software, or the decision making system.

It’s about creating a tribe-like culture. A counterculture.

Richard believes that if we can practice these skills in a small group, we’ll be in a much better position to make an impact within the larger ones.

While we may not be there yet with human behaviour, we are certainly making strides one Loomio vote at a time.

Interested in making more inclusive decisions? Find out more at loomio. Five and dime is an ethical creative agency that shifts mindsets, changes behaviour and creates a better world through the power of storytelling. Changemakers they have worked with include the Ākina Foundation, Creative HQ, the Shift Foundation and the Zero Carbon Challenge. Curious about their work or know someone who’d make a good White Mirror story?

Opinion: Why we all need to stop using the word user. Like, now

The secret to digital success? Tribal says it’s you

From pizza to global stage – UBCO takes its bikes overseas

The secret to digital success? Tribal says it’s you

From pizza to global stage – UBCO takes its bikes overseas